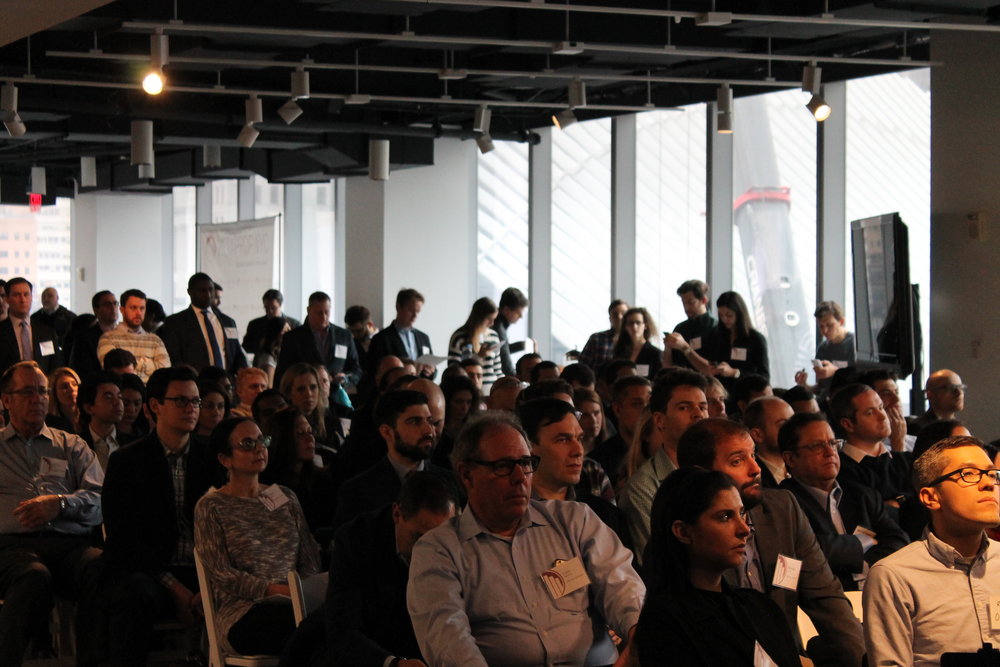 Yesterday, Jan. 26, 2017, MetaProp NYC was proud to celebrate six of the finest young entrepreneurs in PropTech at our annual East Coast Demo Day in 7 World Trade Center, Manhattan. Although tickets to the event sold out the first day offered, we squeezed in as many is as possible, but still had a waiting list of more than 180. The packed house included NYC’s top investors, startups and forward-thinking real estate executives. It was wonderful to see the entire community come together to support our ambitious and promising companies. Tal Kerret, president of Silverstein Properties, delivered the keynote. The crowd was treated to Zach Aaron’s PropTech prophecies, including blockchain deals and 3D printing on the moon in 2017. MetaProp NYC’s new Fund Manager, Zak Schwarzman, gave an overview of the PropTech market, followed by Co-Founder and Managing Director Aaron Block’s summary of MetaProp NYC’s work and mission. The MetaProp NYC 2016-2017 class of Bowery, Enertiv, Flip, hOM, onTarget, and Ravti stole the show, unveiling exciting projects and an optimistic future for real estate technology. Overall, the day was a huge success.