METAPROP WOULD LIKE TO CONGRATULATE THE 2019/2020 CLASS GRADUATES OF THE METAPROP ACCELERATOR @ COLUMBIA UNIVERSITY: ALPHA’A, AREN, SWITCH AUTOMATION, THE LIEU, TRACFLO. THEY REPRESENT THE FUTURE OF WHAT PROPTECH HAS TO OFFER.

The MetaProp Accelerator @ Columbia University is the foundation that started MetaProp in 2015 and its Demo Day is the culmination of an intense 22 weeks.

In partnership with presenting partner, 31 Ventures by Mitsui Fudosan and host partner Convene, we pulled off our biggest Demo Day to date. On February 5, 2020, we decided to shake up the PropTech industry with the most diverse founder class in the program’s history, including five female co-founders, entrepreneurs representing six different ethnicities/origins, and technologists of all ages.

The five startups from the 2019/20 class of the MetaProp Accelerator @ Columbia University program pitched to a crowd of leading industry insiders, with potential investors, real estate brokers, entrepreneurs, engineers, landlords, and more.  Zach Aarons, Co-Founder and General Partner of MetaProp, remarked that he was proud “to see this group of new industry leaders personify [MetaProp’s] core values of diversity, integrity, affordability/sustainability, and entrepreneurship.” 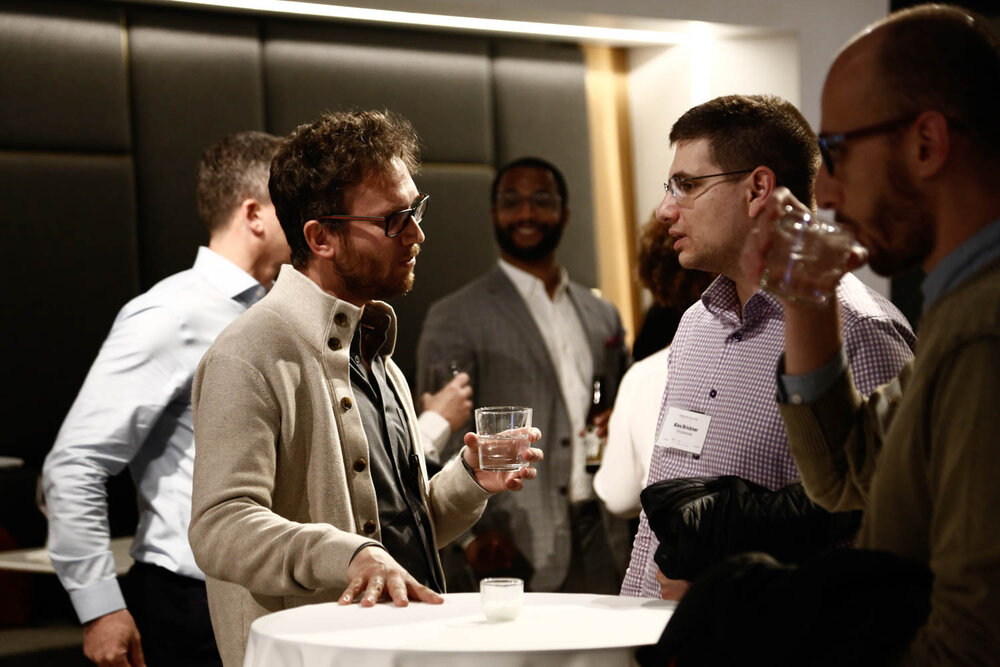 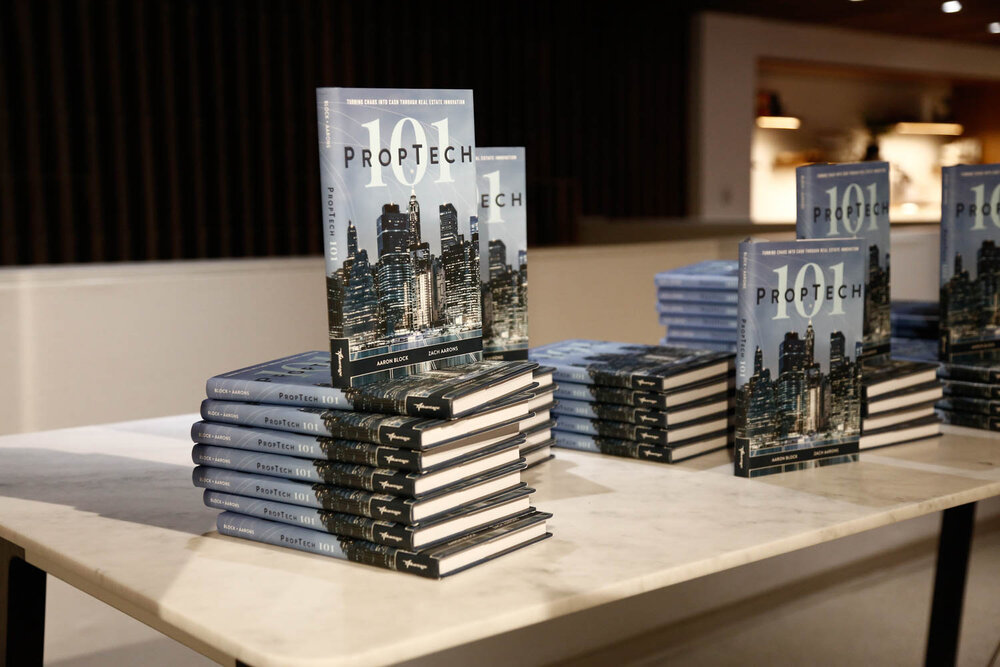 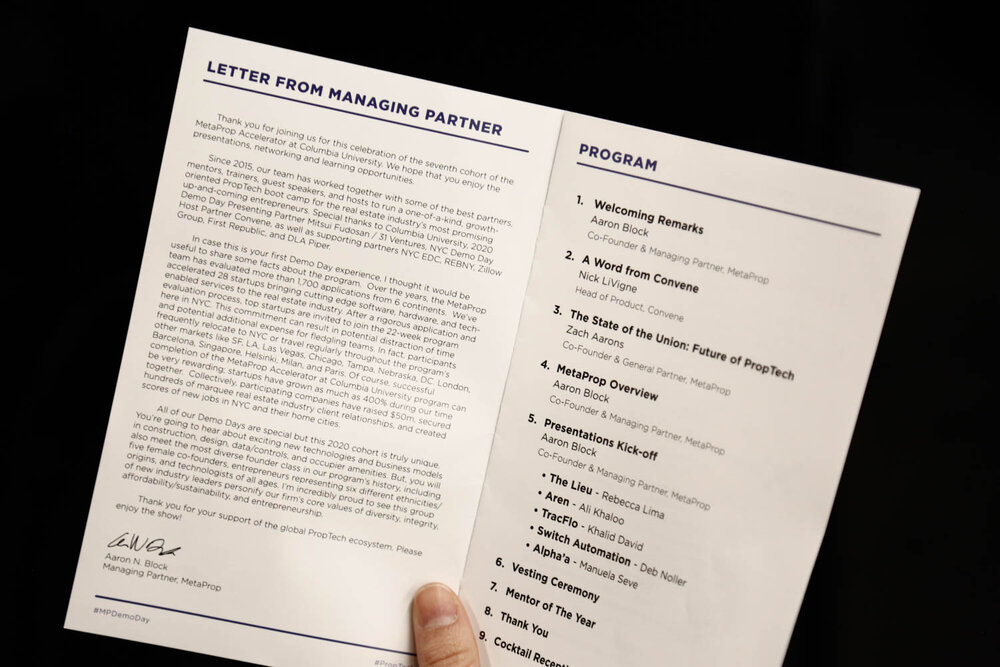 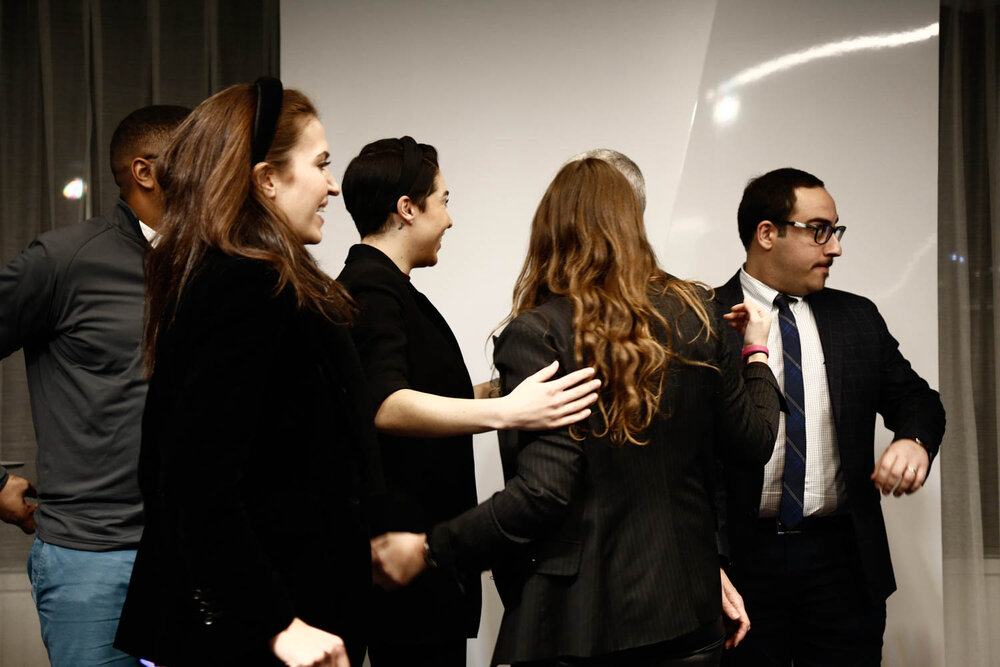 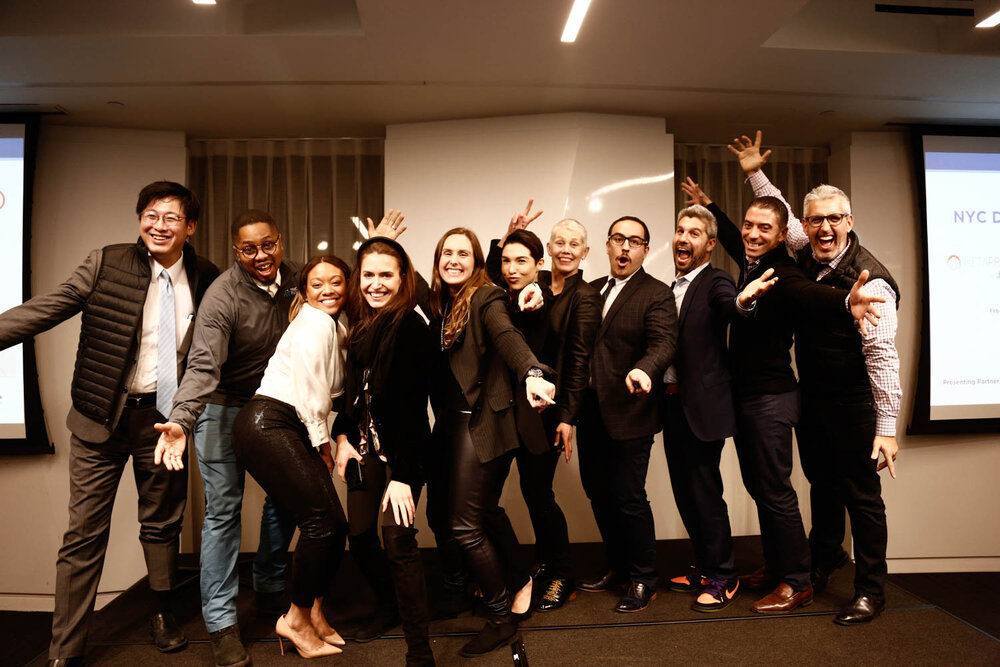 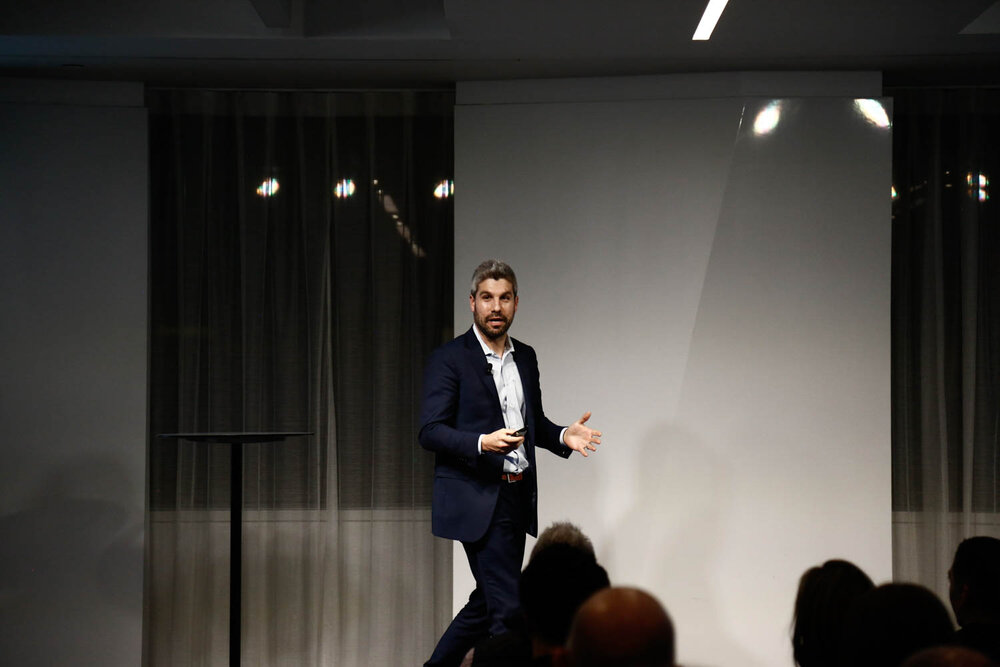 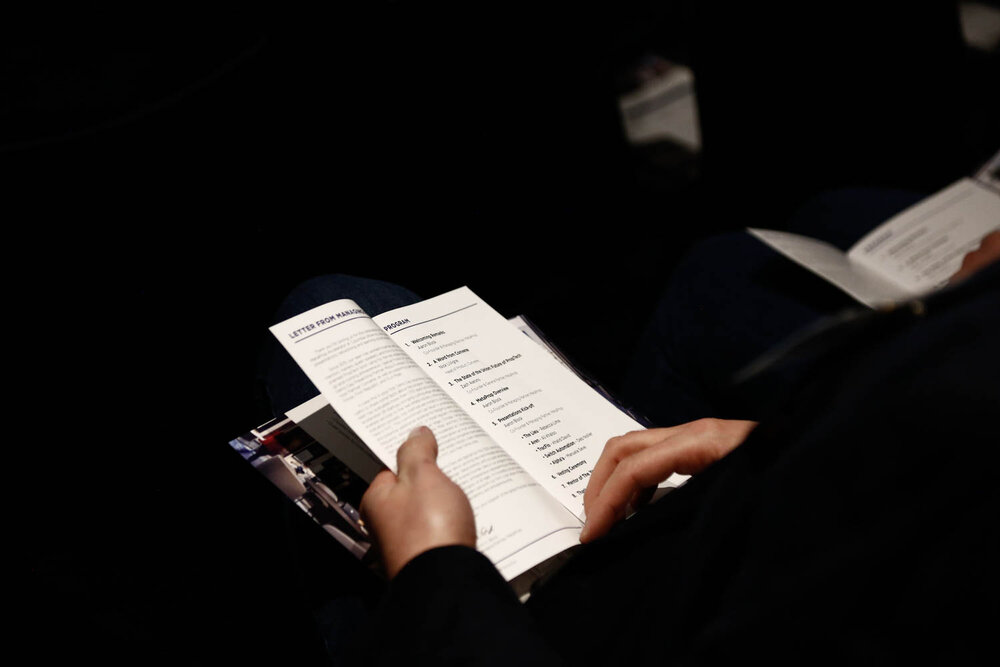 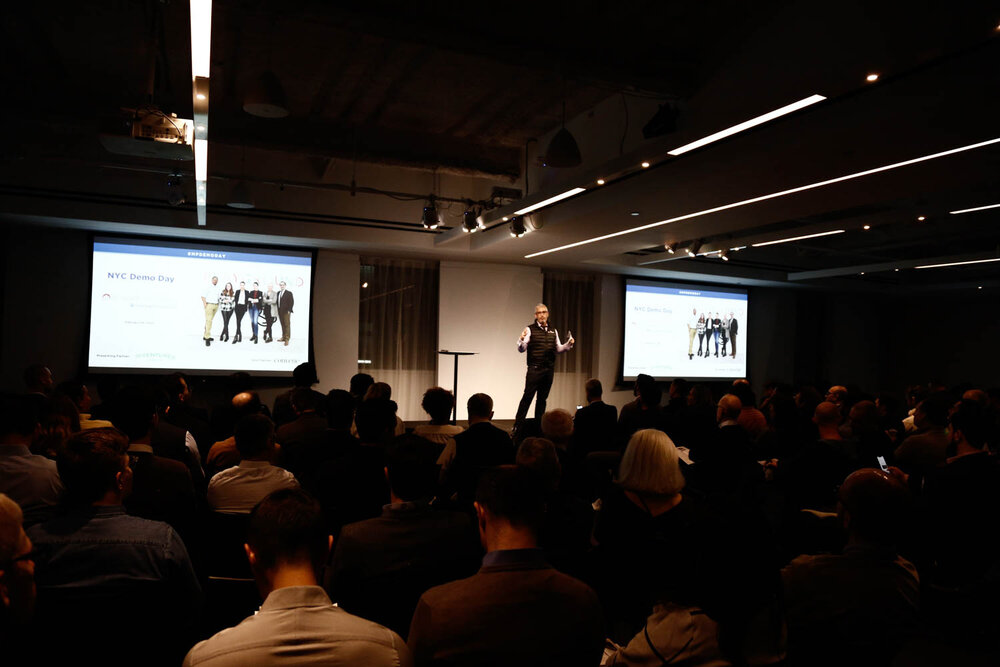 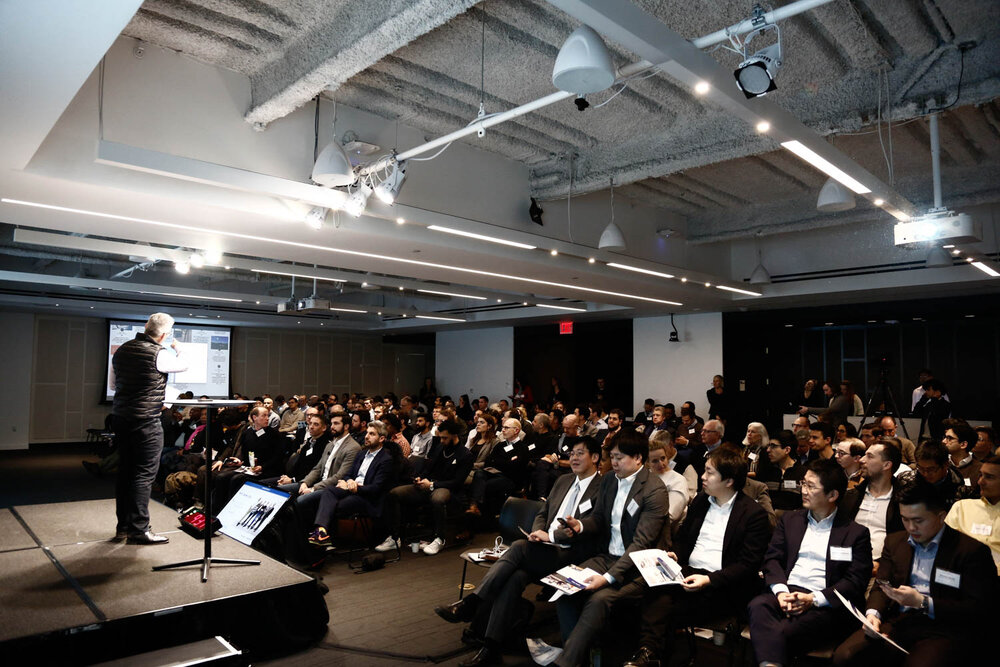 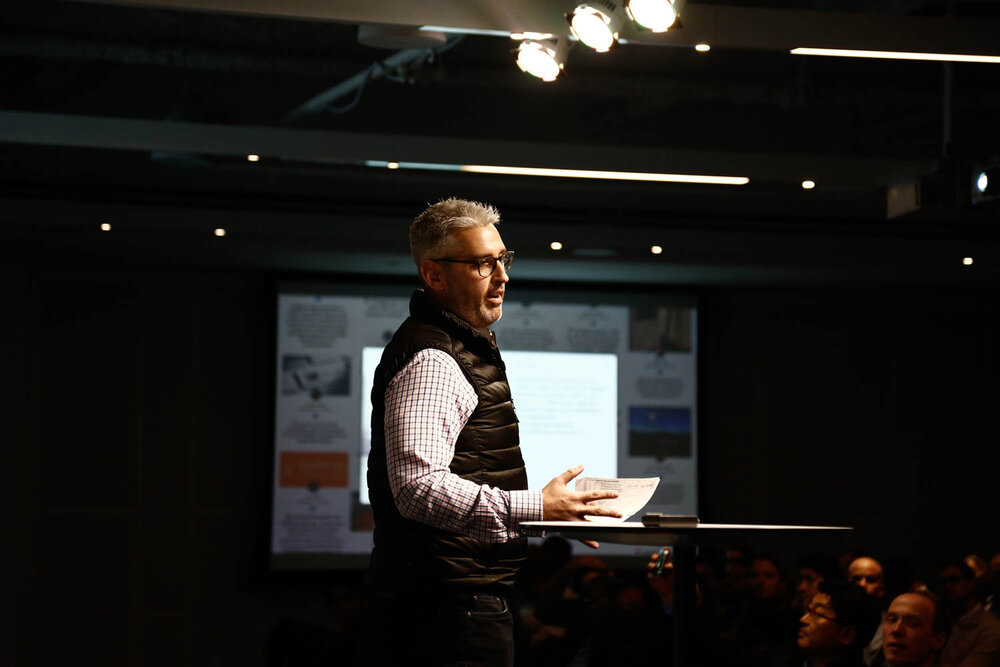 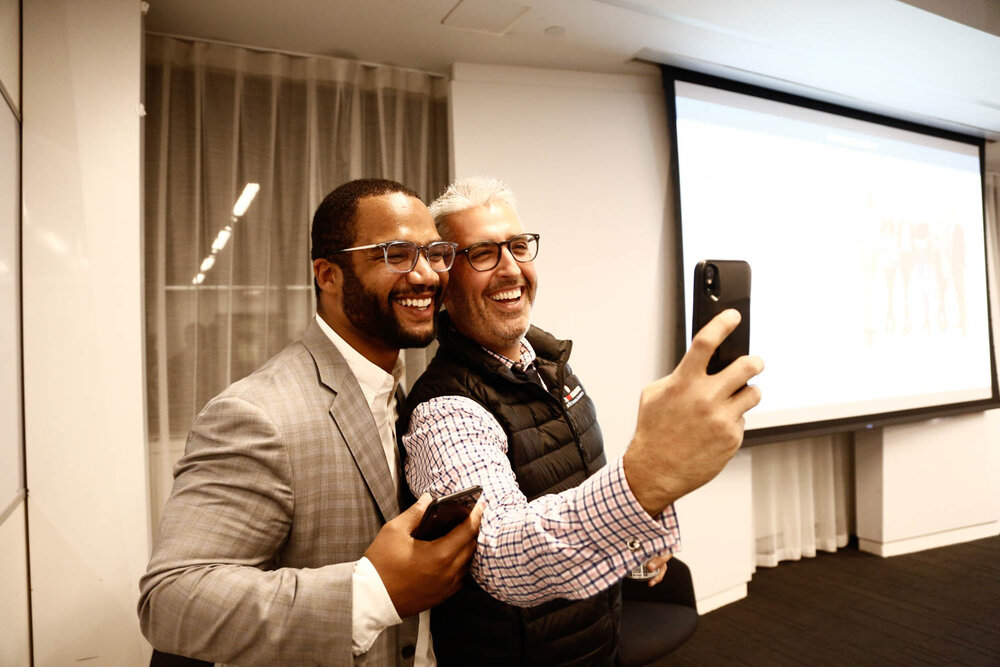 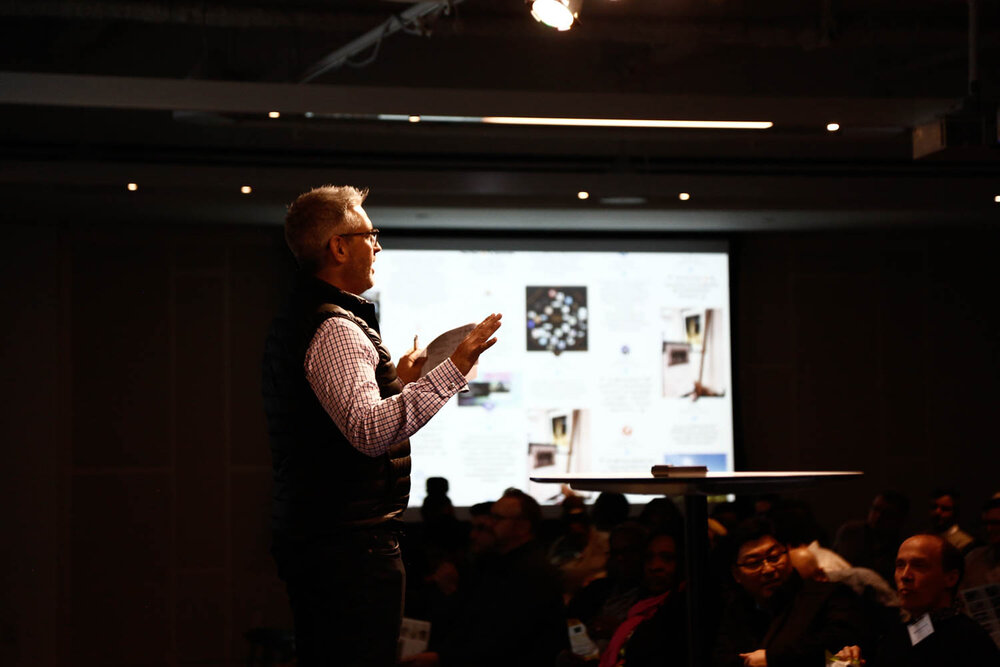 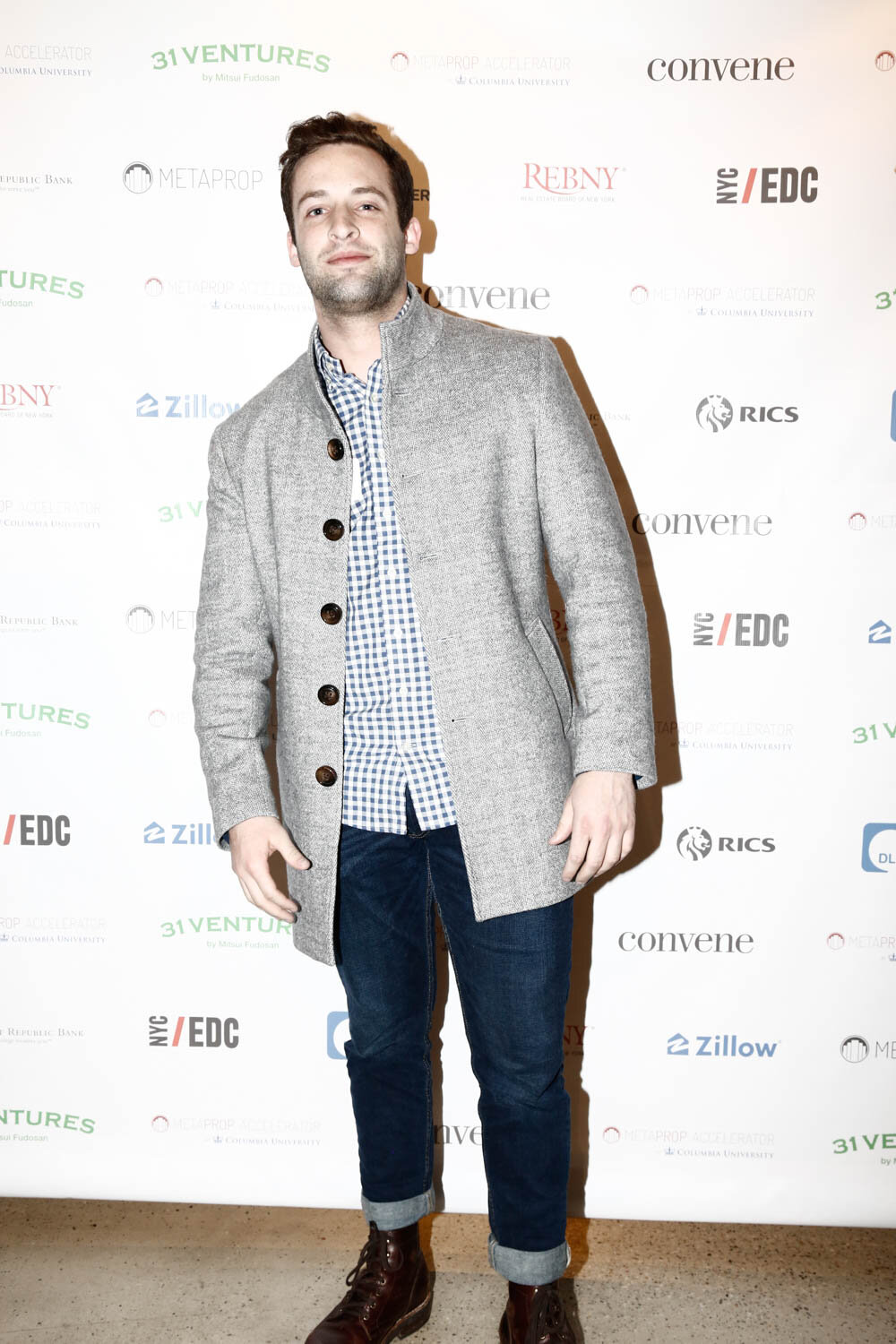 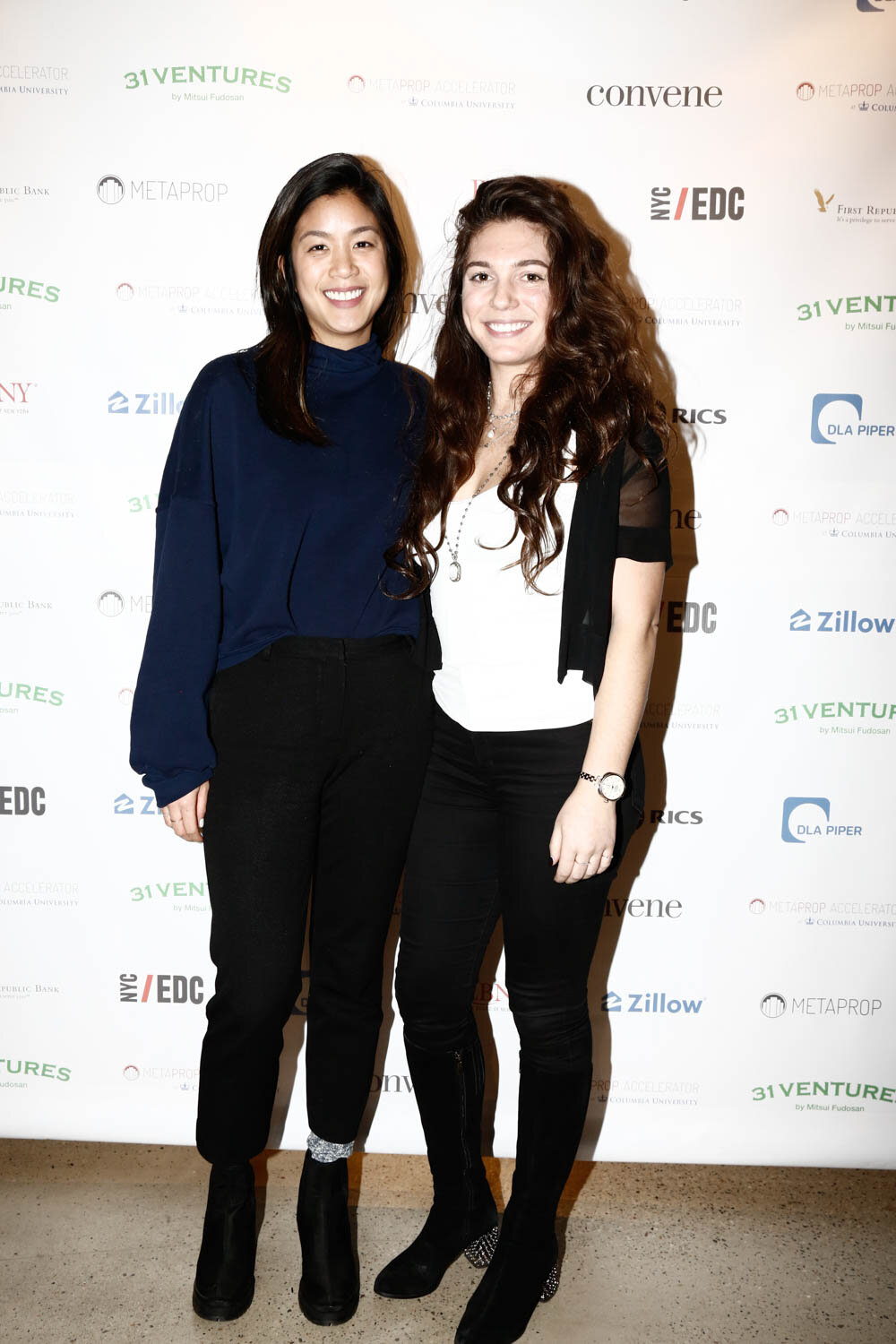 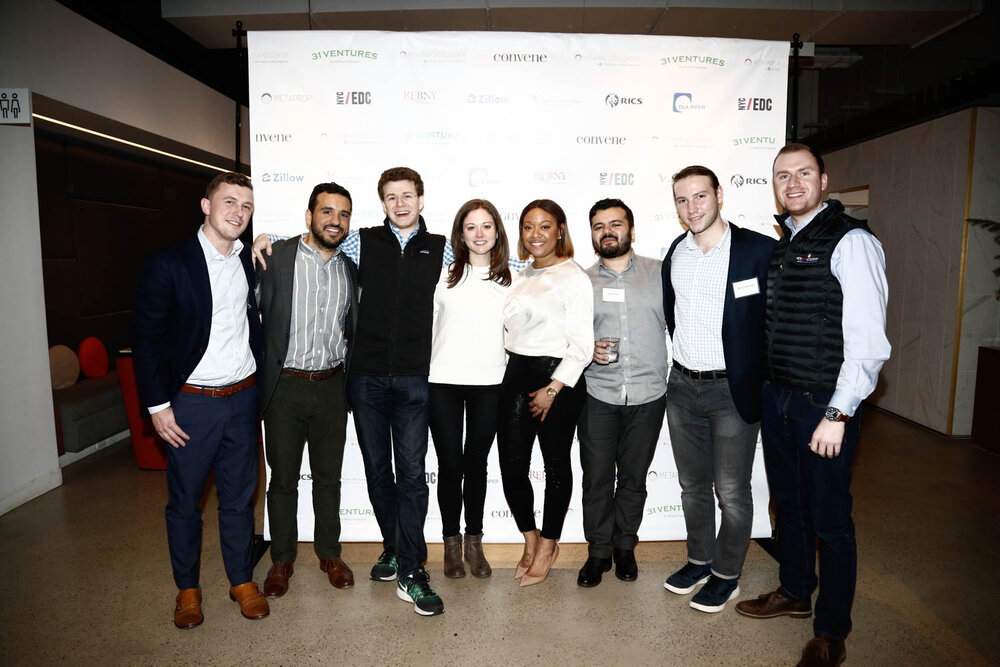 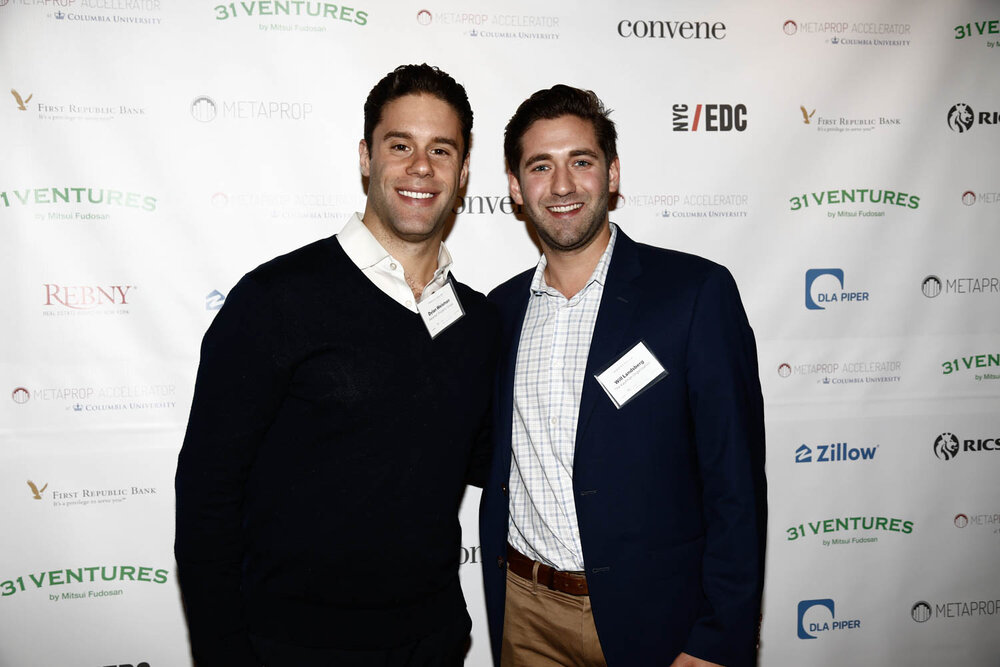 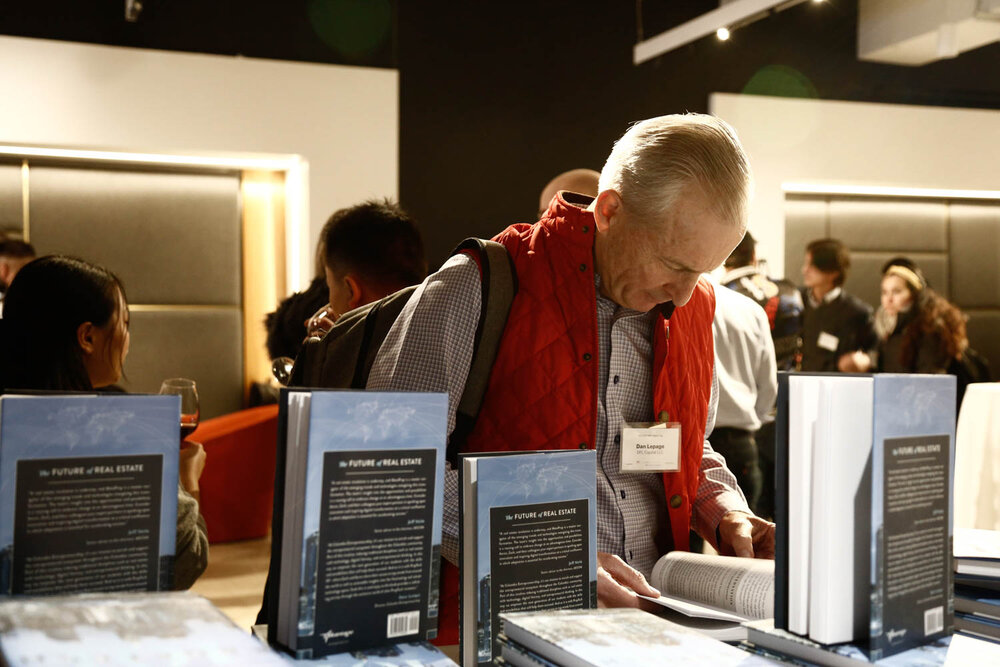 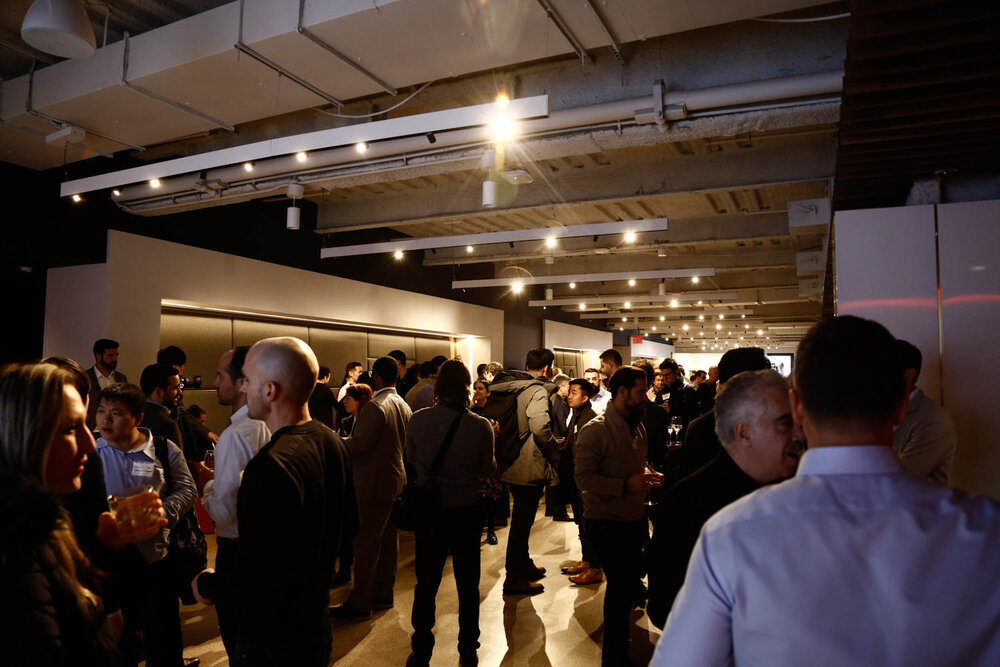 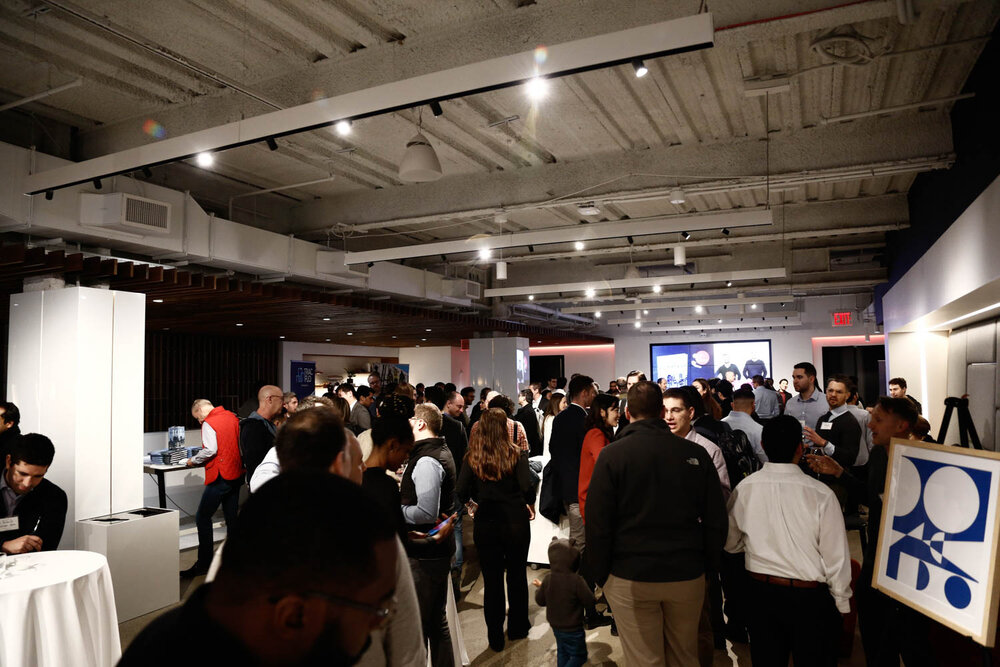 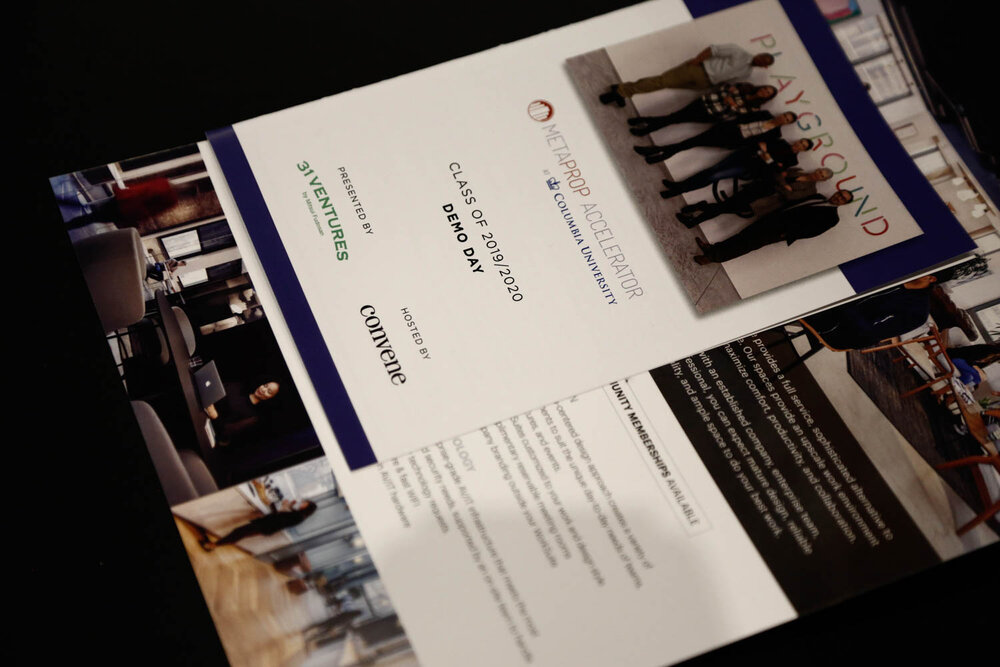 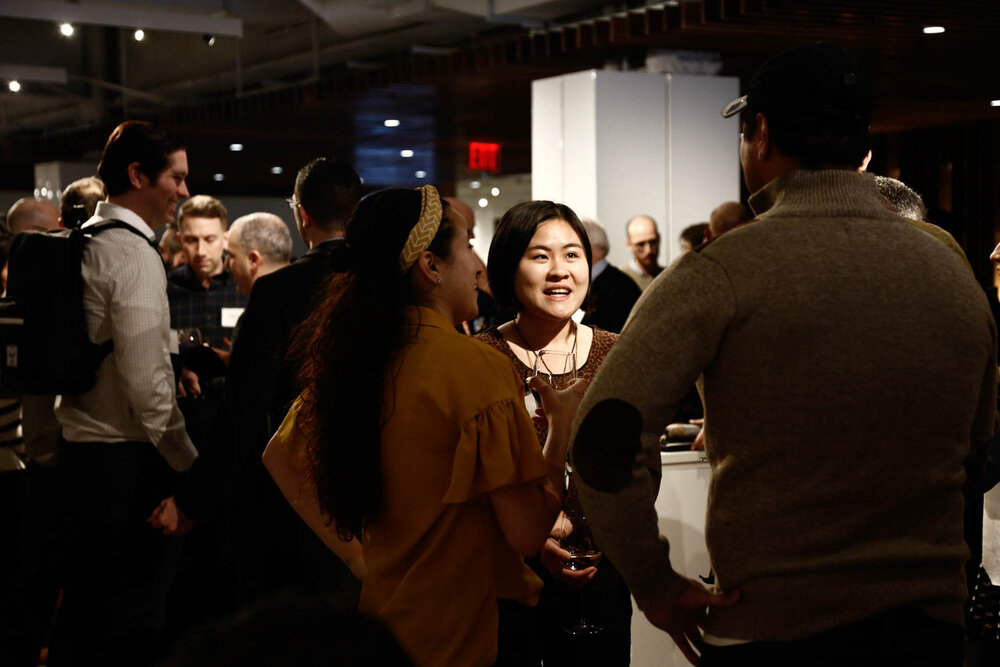 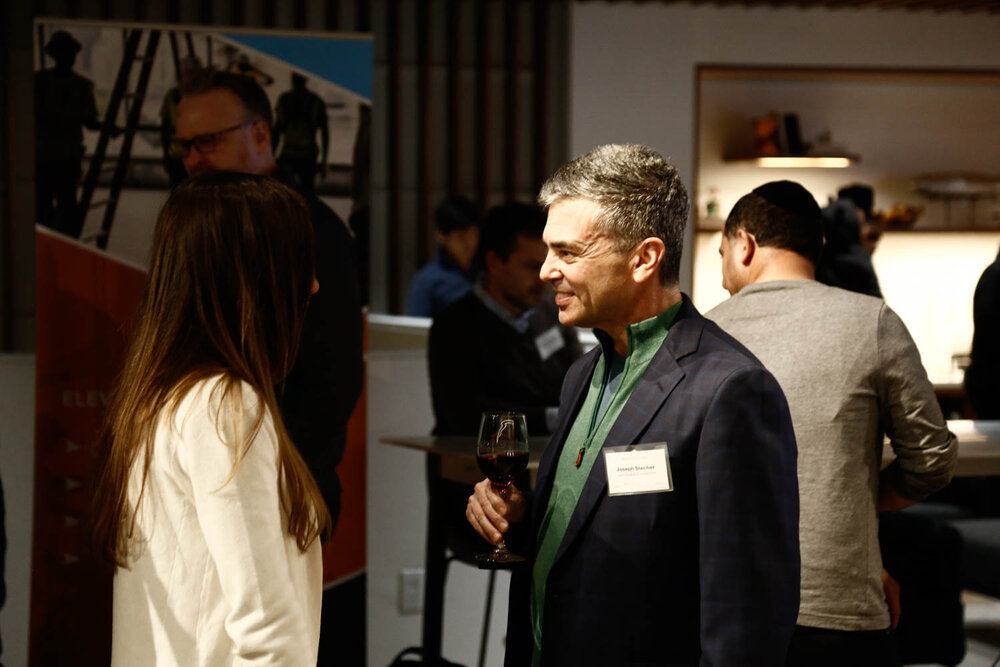 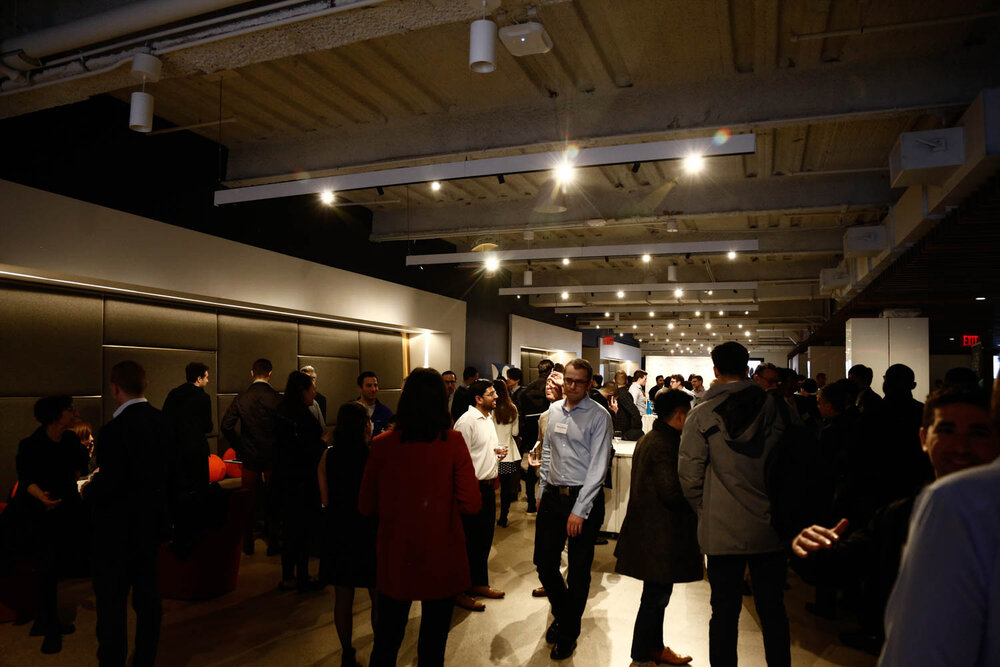 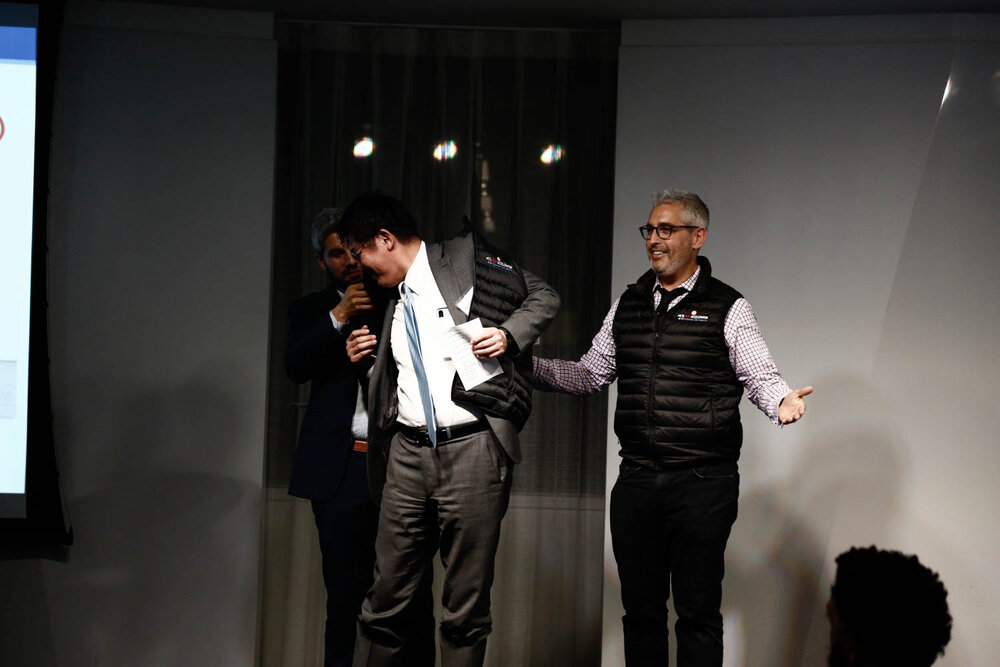 Nick LiVigne, Head of Product at Convene, a premium space where people meet, work and host inspiring events, such as Demo Day, welcomed the audience to Convene TimeSquare and emphasized on Convene’s growth thus far: 32 locations, 1.5M square ft., and expanding to London this year.

The evening couldn’t have gone on without Zach Aarons, delivering his highly anticipated PropTech predictions. He noted that MetaProp's own tally, not yet finalized, showed more than $10 billion in the category. That number is up 20 times from 2015, the year MetaProp was founded.

The program concluded with us “vesting” our very special partner, Mitsui Fudosan and awarding the 2020 MetaProp Accelerator Mentor of The Year, Sacha Zarba, Vice Chairman at CBRE. Congrats Sacha!

Ranging from coast-to-coast, we concluded the 22-week program with our traditional investor lunch in San Francisco on February 13th, 2020. 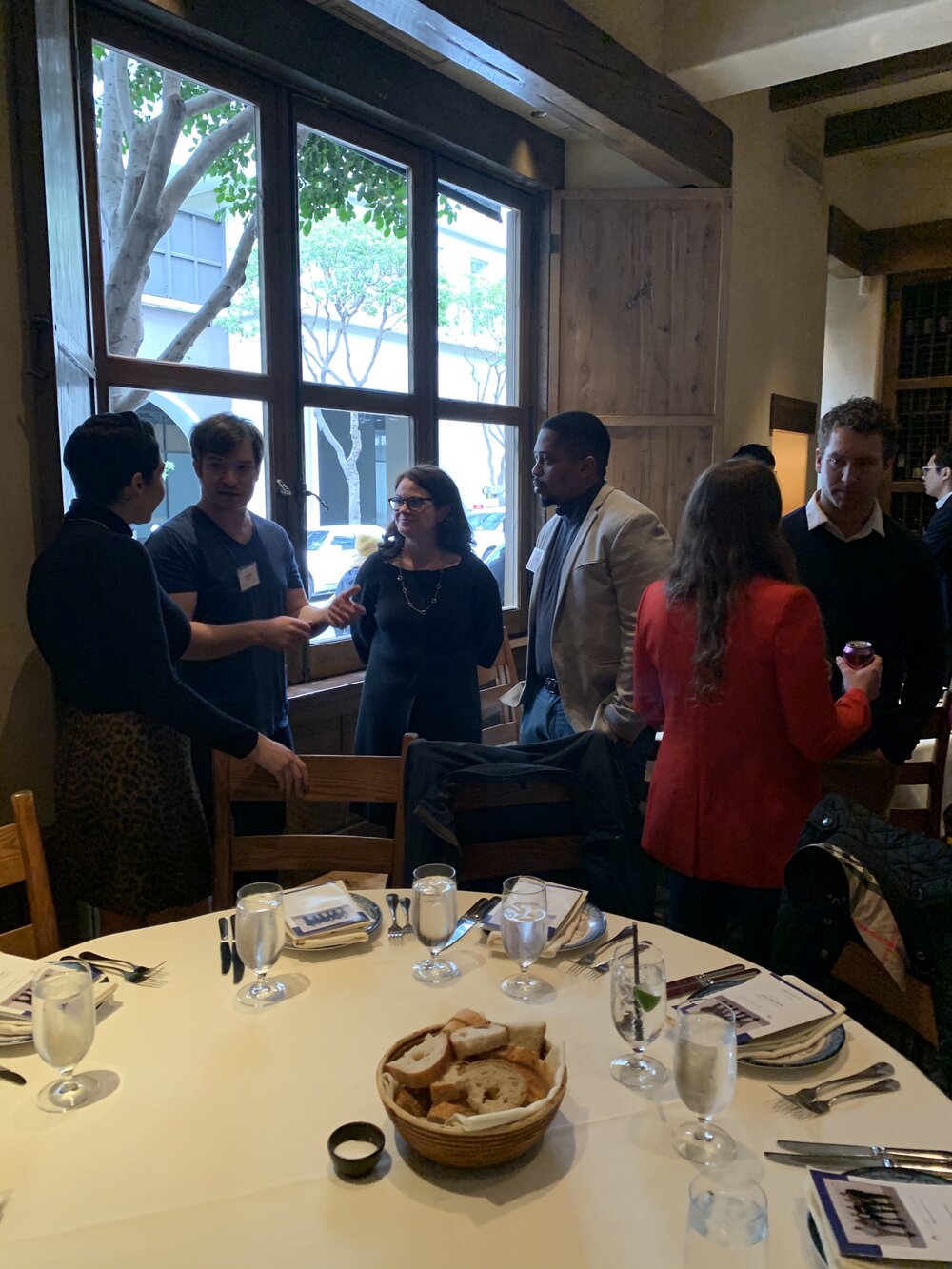 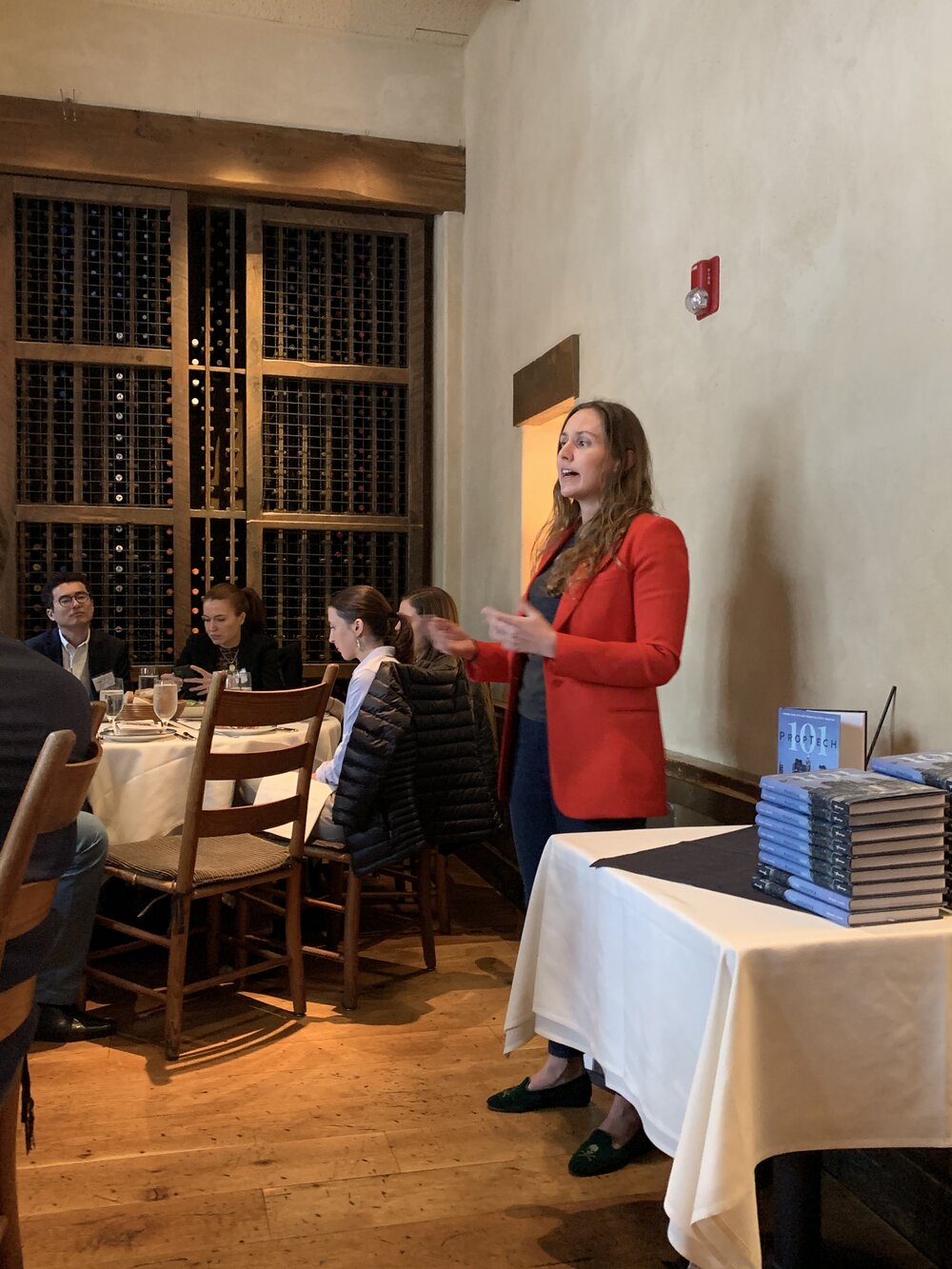 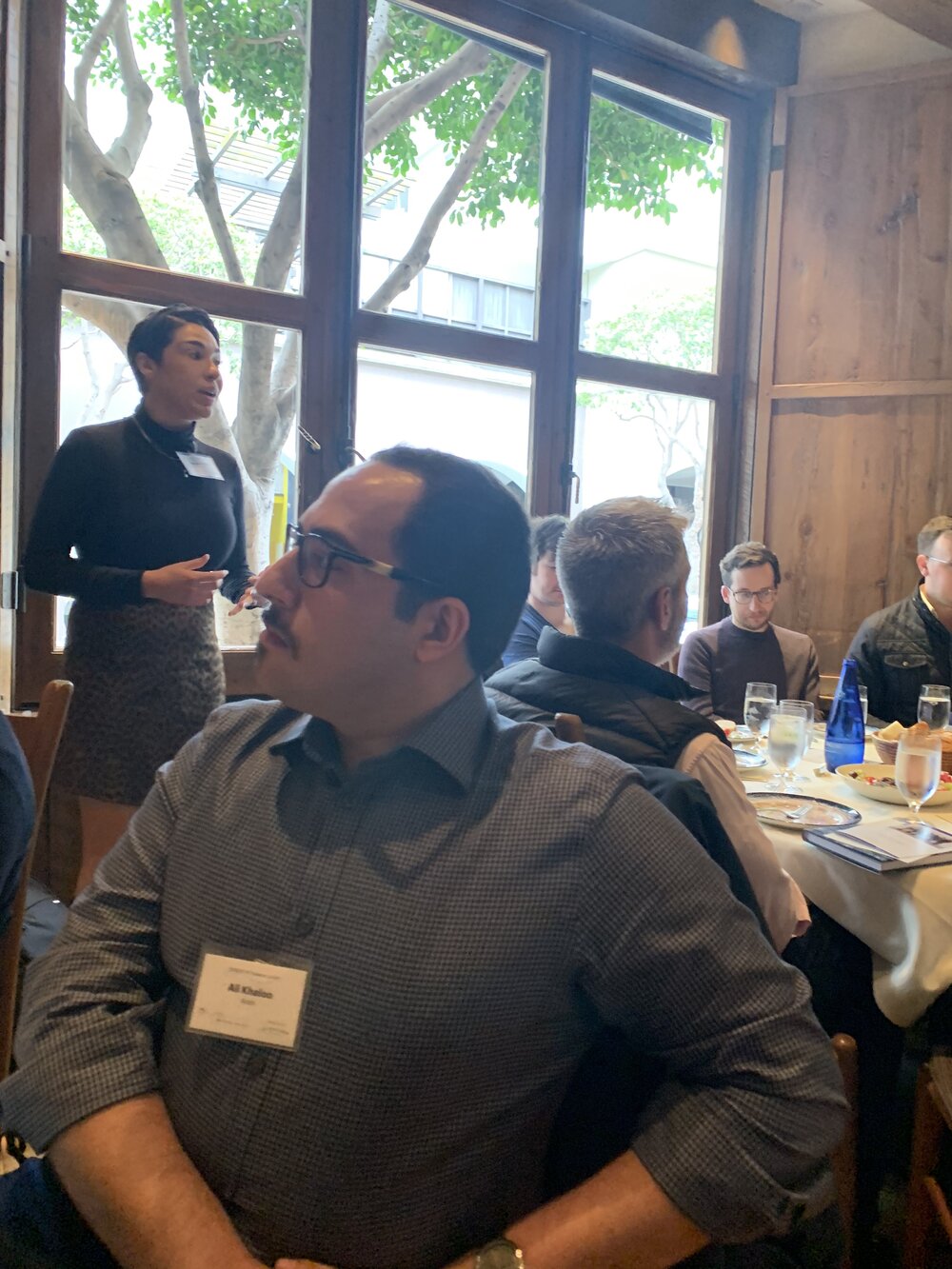 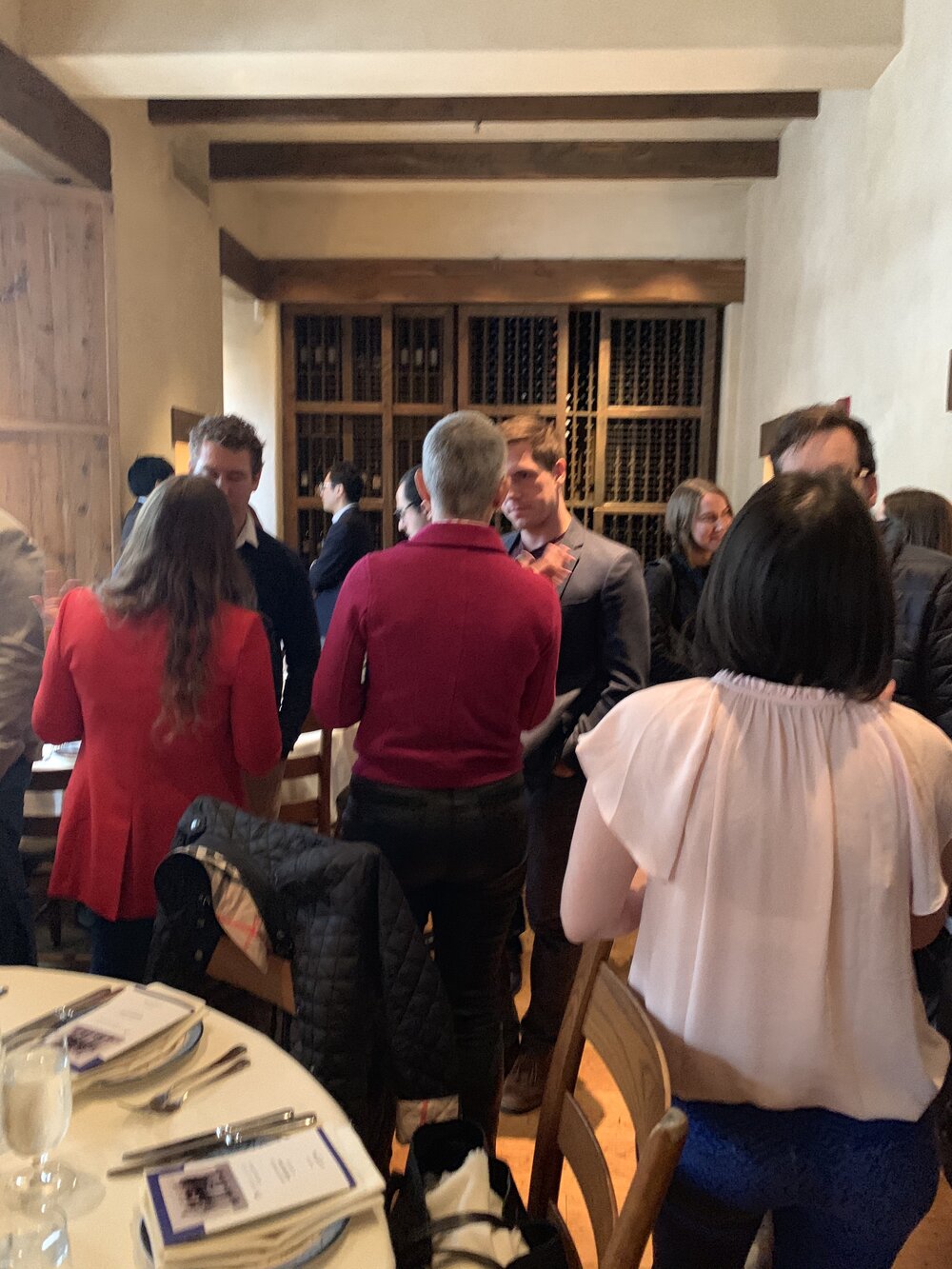 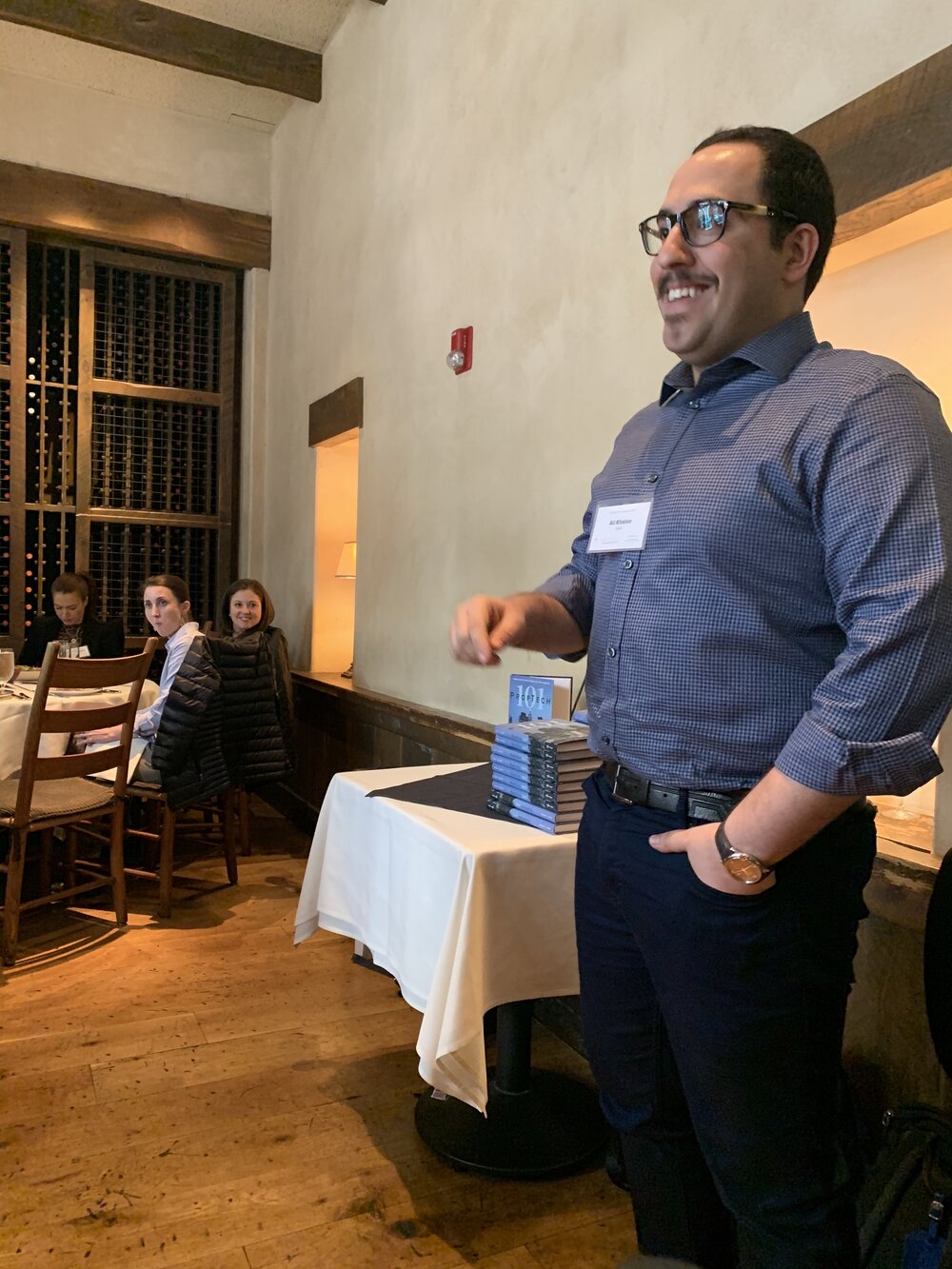 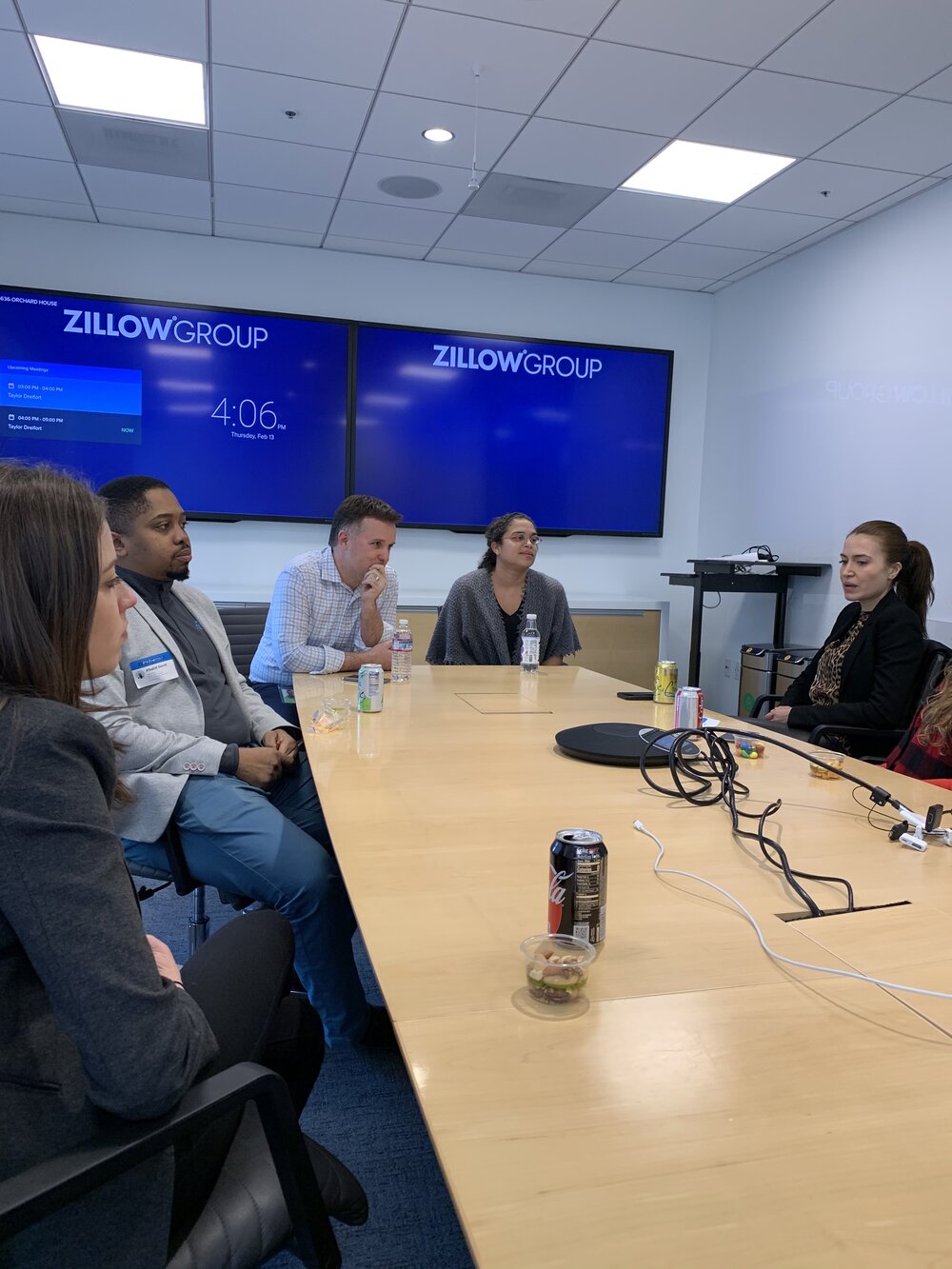 It takes a village: mentors, educators, investors, corporate partners, and universities. We’re thankful for everyone in our community, and we wanted this event to celebrate the community that makes the MetaProp Accelerator @ Columbia University phenomenal.